New regulations will bring greater choice to the cheeseboards of Australians, writes Will Studd.

It’s no coincidence that the world’s most respected benchmark cheeses are made from raw milk. The reason is simple: flavour. They owe their unique authentic qualities to origin, or terroir: a combination of soil, climate, season, pasture, tradition, culture, and the skills and craft of the cheesemaker. Many of these cheeses have been prohibited in Australia, but in December last year Food Standards Australia New Zealand (FSANZ) approved changes to regulations to allow the local production and sale of raw-milk cheese.

The right to produce cheese from raw milk is a controversial issue for cheesemakers. On one side of the debate are industrial producers, who make cheese from pasteurised milk and claim that the use of raw milk is a potential health risk. On the other side, artisan cheesemakers question why they should abandon traditional, scientifically recognised control methods.

The changes to the code are long overdue and mark a critical moment for the future of local artisan cheesemaking in Australia. In most European countries, cheese can be made from raw milk under strict regulations that ensure a similar level of public safety to that provided by cheese made from pasteurised milk. However, the opportunity to produce or sell raw-milk cheese in Australia is a highly contentious subject.

When Australian national food standards sought to prohibit all raw-milk cheese in 1998, I was horrified by the implications and organised a group of friends working with specialist cheese to lobby for change. European producers were worried the proposal would establish an international trade precedent. In the subsequent barrage of diplomatic protest, a special exemption was granted for Gruyère, Emmenthal and Sbrinz. Anticipating further challenges from the Italians, FSANZ made modifications to allow the sale of “imported” hard cheeses, such as Parmigiano-Reggiano and Grana Padano, but our requests to review Australian regulations banning the local production of raw-milk cheese were rejected.

Ironically, the major catalyst for change was the seizure of a shipment of Roquefort that I imported in 2002. Roquefort is the oldest and most popular raw-milk cheese in France and, at the time, was sold all over the world without restrictions – except in Australia and New Zealand where it was banned. It falls into a category of cheese that carries a greater food safety risk than hard-cooked grating cheese because of its high moisture content. When FSANZ refused to allow this benchmark to be tested for equivalent safety standards, it became a personal unofficial test case of the Australian ban on raw-milk cheese. After two years of legal discussion, a court of appeal ruled that Roquefort violated the Australian New Zealand Food Standards Code. The original order for its re-export or destruction by deep burial was upheld. So I arranged a faux funeral and the cheese was ceremoniously carried to the tip in the back of a hearse draped with the French flag and buried to the sounds of “Le Marseilles”. 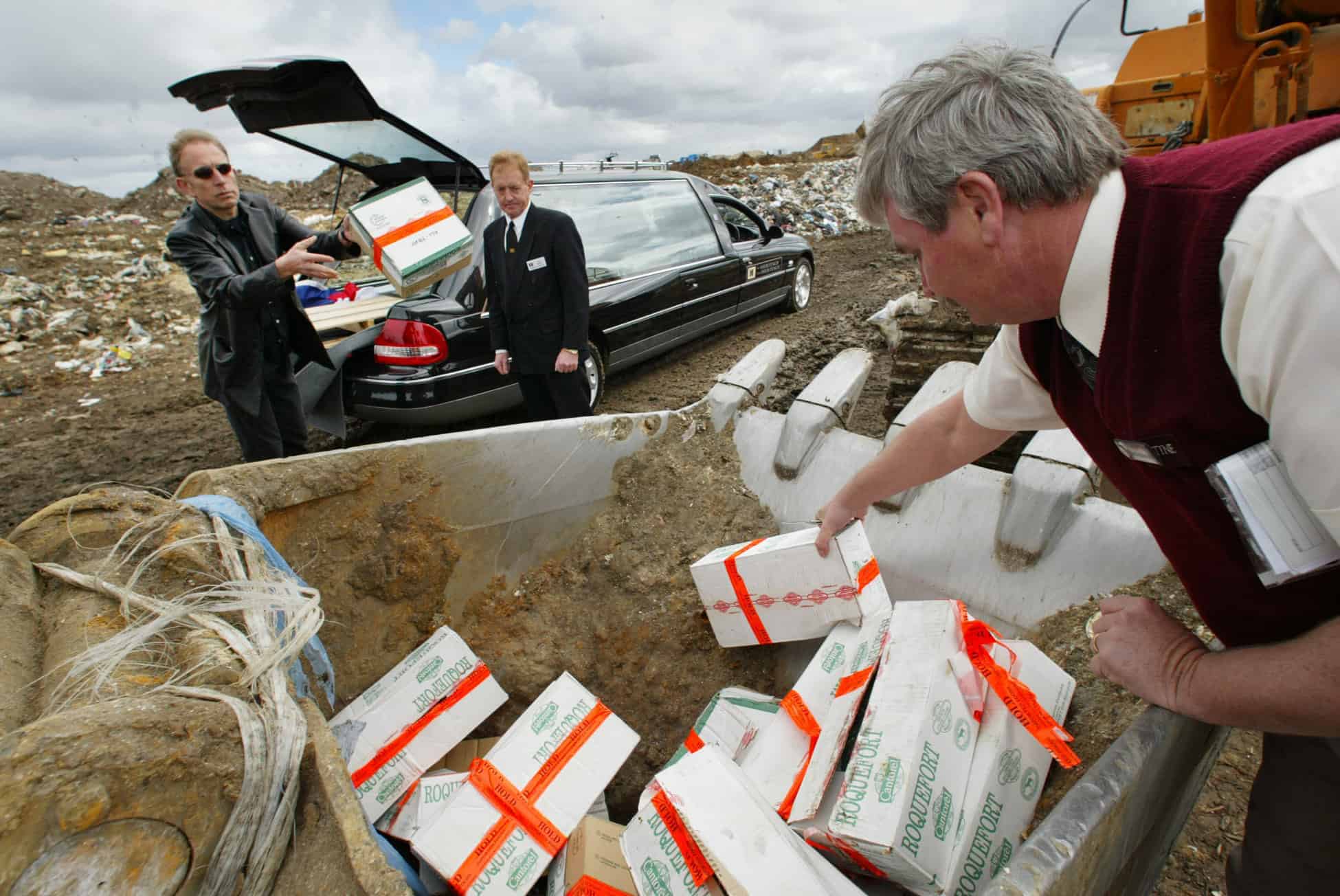 I was branded a “food terrorist” by one Australian industry magazine and the French weren’t happy with the stunt either; Australia’s embarrassing prohibition had established a dangerous trade precedent that could be repeated in larger markets, such as the US. After an 18-month review, in 2005 FSANZ finally published a lengthy report repealing the ban against Roquefort.

It meant that another special exemption was made to the code, and it became clear that any policy banning raw-milk cheese in Australia was open to challenge. In 2004 I lodged an application with FSANZ to review the standards for the production and sale of raw-milk cheese. Since officially accepting the application, FSANZ announced only minor changes allowing the domestic production of hard-cooked curd cheese under strict production and ageing conditions. This outcome enabled visionary cheesemaker Nick Haddow to create Bruny Island C2, and the principles were subsequently adopted by Hindmarsh Valley Dairy (Emme), Udder Delights (King Saul blue) and Woodside Cheese Wrights (Greedy Goat).

The latest changes are far more significant and will mean many more new types of raw-milk cheese on the local market. The guidelines require stringent testing and control at every stage of the cheesemaking process, and an approved food safety plan to result in a cheese safe to eat. Ironically, these are all parameters FSANZ used to justify the sale of Roquefort a decade ago.

It has been a long wait, but the new standards will be a game-changer for cheese choice in Australia.